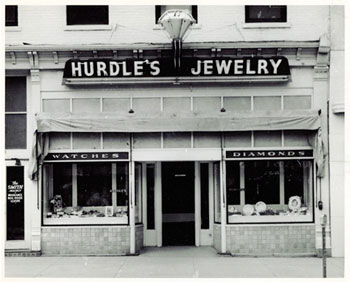 We are a family owned and operated business since 1947. Founded by my grandfather, Chester L. Hurdle, who moved to Boulder from Milan, Missouri. He and his wife Bernice bought an existing jewelry store named Mosiman's. He then remodeled and opened in April of 1947 at 1430 Pearl Street. 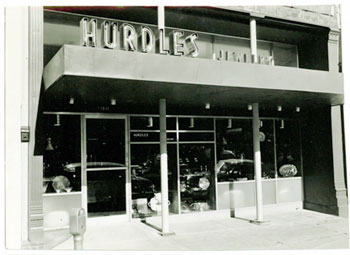 In 1953 he moved the store to 1211 Pearl Street doubling the size of the store allowing him to carry fine jewelry, watches, china and crystal. 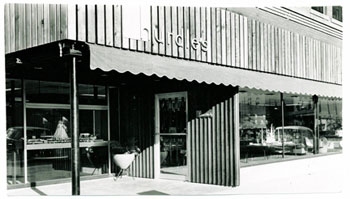 In 1957 the jewelry store moved once again to it's current location, 2 blocks east to 1402 Pearl. The building was remodeled in 1987 bringing us to our current design.

After returning from Korea in 1953, my father, Chester B. (Bud) Hurdle began working full time in the business. With his desire for knowledge in the field of jewelry he trained as a bench jeweler and also earned the title of Registered Jeweler with the American Gem Society (www.ags.org), an elite group of jewelers dedicated to gemological knowledge, ethics and consumer protection joining the society in 1962. Hurdle's Jewelry became the first jeweler in Boulder to join the American Gem Society and to date only one other jeweler has ever qualified to join. When my grandfather passed in 1969, my father continued to run the business with his wife Judy. After obtaining the title of Registered Jeweler with the American Gem Society in he continued to provide consumers with the high quality level of service and jewelry that Hurdle's Jewelry was known for.


In 1978 I began working full time. After receiving the title of Certified Gemologist with the American Gem Society and training to become a custom jeweler, I decided that being a jeweler was going to be my career. To date the jewelry store continues to grow and prosper offering the best service and jewelry available and continuing with the family tradition of excellence in the fields of Gemology and Custom designed Jewelry.

We have jewelry professionals ready to help.